Since the introduction of silicone breast implants in 1962, breast augmentation is the most common cosmetic surgery. But until today there were a lot of studies made which deal with the impairment of health and higher rates of several autoimmune diseases after silicone implants insertion. The condition is named siliconosis or silicone implant incompatibility syndrome (SIIS). Common symptoms are fatigue, myalgia, sleep disorders and depression.
The study of Autoantibodies (AAb) against GPCR receptors in patients with SIIS started at CellTrend and is ongoing. First results showed that 80% of the females were positive for one or more AAb against GPCR. Anti-alpha1 adrenergic receptor AAb, anti-alpha2 adrenergic receptor AAb, anti-M2 acetylcholine receptor AAb and anti-M3 acetylcholine receptor AAb titers were significantly increased. There is evidence that AAb against GPCR are present in the sera of healthy individuals in low titers, but dysregulated and causative in autoimmune diseases and could serve as biomarkers. 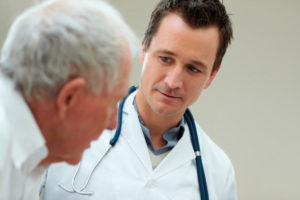