Transplantation is one of the most challenging and complex areas of modern medicine. Some of the key areas for medical management are the problems of transplant rejection, during which the body has an immune response to the transplanted organ, possibly leading to transplant failure and the need to immediately remove the organ from the recipient.

Dragun et al. have reported the presence of antibodies against AT1R in 16 renal allograft recipients who had severe vascular rejection and malignant hypertension but no donor HLA specific antibodies (HLA-DSA) New England Journal of Medicine (2005), 352, 558-569

A strong association was observed between the high binding affinity of AT1R antibodies to AT1R and AMR in recipients whose sera contained no antibody to donor HLA or MICA. Assessing the AT1R antibody status along with the HLA-DSA provides additional information to determine the immunologic risk for recipients. Transplantation (2010), 90, 1473-1477

Prof. R. Kerman, University of Texas Medical School, Houston, and Prof. D. Dragun, Charite Medical School, Berlin, investigated the impact of angiotensin-receptor-I auto antibodies (AT1R-Ab) and / or DSA on the graft survival in kidney allograft recips. The data suggests that AT1R Abs results in decreased long term survival, but if patients have both AT1R and DSA Abs they act synergistically to result in the poorest graft survival. Determining the presence of both a non-HLA (AT1R Ab) and donor specific HLA Ab (DSA) may be more informative of the patient’s immune risk and may guide immunosuppressive therapy.

Both works were presented at the American Transplant Congress 2011 in Philadelphia:

The CE-labeled, cell based AT1R-antibody-ELISA and ETAR-Antibody-ELISA are the first ELISAs for routine screening in sera or plasma.

Anti-AT1R aab are an independent risk factor for the loss of function of kidneys after a Transplantation. P. I. Terasaki et al. tested anti-AT1R aab and DSA in pre and post-transplant sera from 351 consecutive kidney recipients (3). 134 patients have biopsy-proven rejection and/or lesions and 217 remain free of rejections (control group patients). The rate with rejection or lesions of anti-AT1R was significantly higher compared to the control group (18% vs. 6%, p < 0.001). Moreover, 79% of patients with rejection or lesions with anti-AT1R aab lost their grafts (vs. 0% in the control group). Anti-AT1R aab levels increased post-transplant in 58% of the patients with graft failure. Patients with both anti-AT1R aab and DSA had lower graft survival than those with DSA alone (log-rank p = 0.007). Multivariate analysis showed that anti-AT1R aab levels above the cut-off were an independent predictor of graft failure in the abnormal biopsy group (ABG), alone (HR: 6.6.) and in the entire population (HR: 5.4.).

In addition, J.P. Soulillou et al. showed that the presence of pre-transplant anti-AT1R aab are an independent risk factor for long-term graft loss in association with a higher risk of early acute rejection (AR) episodes (4). The study included 599 kidney recipients between 1998 and 2007 from Nantes, France. Patients with anti-AT1R aab levels >10 U had a 2.6.-fold higher risk of graft failure from 3 years post-transplantation onwards (p = 0.0005) and a 1.9.-fold higher risk of experiencing an AR episode within the first 4 months of transplantation (p = 0.0393).

Due to the overwhelming evidence NL Reinsmoen, Cedar Sinai Los Angeles, stated in a review (29) the absolute necessity to stratify the immunological risk of patients before kidney transplantation (and probably heart transplantation) by examining HLA as well as non-HLA antibodies. Hence, she voted for the implementation of tests determining anti-AT1R aab in the profile of routine clinical antibody analyses Profile (30). In addition, the XIII Banff meeting, associated with the Canadian Society of Transplantation in Vancouver, reviewed the clinical impact of the relationship of donor-specific antibody tests (anti-HLA and non-HLA) with transplant histopathology for the first time (31). It was highlighted that anti-AT1R aab can produce allograft injury alone or together with anti-HLA DSAs. Because rising healthcare costs dictate judicious use of laboratory testing, the department of Medicine, Johns Hopkins University School of Medicine, Baltimore sought to define characteristics of kidney transplant recipients who may benefit from screening for anti-AT1R aab (28). Philogene MC, Montgomery RA, Leffell MS, Zachary AA et al. investigated Kidney recipients transplanted between 2011 and 2016 at Johns Hopkins, for anti-AT1R aab. Pre-transplant antibody levels were compared to clinical and biopsy indications of graft dysfunction. Biopsies were graded using the Banff’ 2009-2013 criteria. Patients with focal segmental glomerulosclerosis (FSGS) showed higher titers of anti-AT1R aab at time of transplantation (p=0.04). In addition, recipients who were positive for anti-AT1R aab prior to transplantation had increases in serum creatinine within 3 months post-transplantation (p<0.0001) and developed abnormal biopsies earlier than did anti-AT1R aab negative patients (126 days versus 368 days respectively; p=0.02).

Anti-AT1R aab are strongly associated with antibodies against the endothelin receptor type-A (ETAR) and the ab levels correlate with each other (32). In heart transplant recipients, cardiac allograft vasculopathy (CAV) is a major factor of morbidity and mortality in the long-term graft outcome. R. Hetzer et al. discovered an association between elevated levels of anti-AT1R and anti-ETAR aab with early onset of microvasculopathy as well as with antibody mediated rejection (AMR) and with cellular-mediated rejection (CMR) (33). In a study of 30 cardiac transplant recipients, patients with high pre-transplant levels of anti-AT1R and anti-ETAR aab presented CMR, AMR, and microvasculopathy more often than patients without these antibodies at one year post-transplant (p=0.041, p=0.0002, and p=0.048, respectively).

These two studies (33, 34) in heart transplantation indicate that antibodies to the non- HLA antigens AT1R and ETAR have a negative impact on heart allograft outcome. Therefore anti-AT1R and anti-ETAR aab were described in the Banff 2015 Heart Meeting Report (35). In detail, P. Bruneval et al. indicate that newly ELISAs allow a reliable detection of anti-AT1R and anti-ETAR aab (CellTrend GmbH, Luckenwalde, Germany). These reagents together with the availability of proficiency testing programs have allowed their implementation in testing for clinical Transplantation.

O’Leary et al. identified the role of anti-AT1R and anti-ETAR aab and the interaction between HLA DSA and non-HLA autoantibodies also in liver transplant patients (37). They analyzed 1269 recipients of primary liver transplantation from January of 2000 to April of 2009 with known HLA DSA status for anti-AT1R and anti- ETAR aab pre and one year post liver Transplantation. The combination of anti-AT1R or anti-ETAR aab and HLA DSA was associated with an increased mortality risk. Isolated de novo anti-AT1R and anti-ETAR aab were associated with an increased risk of rejection and progression of fibrosis. Ohe et al. investigated 81 pediatric patients who stopped immunosuppression (IS) after living-donor liver transplants at Kyoto University Hospital in a cross-sectional study (38). After withdrawal of immunosuppression high incidence of long-term progressive graft fibrosis is a major challenge for these patients. In this study, the authors showed that all patients with a high-level of both HLA DSA and anti-AT1R aab were found to have advanced fibrosis (p<0.001).

Reinsmoen et al. determined the impact of anti- AT1R and of anti-ETAR aab on graft outcomes in lung transplantation (39). Pre-transplant and post-transplant sera from 162 lung recipients transplanted between 2011 and 2013 at Cedars-Sinai Medical Center, Los Angeles, Thomas E. Starzl Transplantation Institute, University of Pittsburgh Medical Center, Pittsburgh, and University of Texas Health Science Center, San Antonio, were tested for the anti-AT1R and anti-ETAR aab levels using the enzyme-linked immunosorbent assay (CellTrend GmbH). There was a negative impact on antibody mediated rejection (AMR)-free survival for those recipients with increased pre-transplant levels of anti-AT1R (p = 0.014) and anti-ETAR aab (p = 0.005). These findings suggest the importance to stratify the patient’s immunologic risk by assessing both the HLA and non-HLA-specific antibodies.

Riemekasten et al. reported the association between anti-AT1R and anti-ETAR aab and an autoimmune disorder with clinical fibrotic symptoms developed by patients with systemic sclerosis (32). The chronic graft-versus-host disease (cGVHD) after hematopoietic stem cell transplantation may have similar clinical fibrotic features and its pathogenesis could be similar to systemic sclerosis.

Based on these findings, Chiron et al investigated the association of anti-AT1R aab and cGVHD in patients after stem cell transplantation (40). Sera from 87 patients including 45 hematopoietic stem cell transplantation patients with extensive cGVHD and 42 without cGVHD were retrospectively analyzed for the presence of anti-AT1R aab using an enzymatic immunoassay (CellTrend GmbH). In the cGVHD group, anti-AT1R aab levels were significantly higher compared to the non-cGvHD group (p=0.04, 24.4% vs 7.1%).

By analyzing sera from 205 patients, Taniguchi et al. showed that patients with increasing levels of anti-AT1R aab during engraftment had significantly higher chance of developing acute GVHD (p=0.03) as those lacking this complication (41). 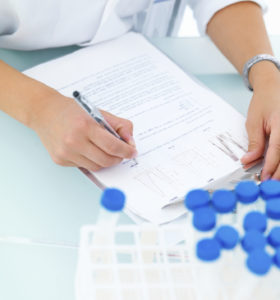